Holy Name of Mary is a Roman Catholic community of believers who are dedicated to know Christ and become Christ, each one, for the sake of all. As disciples, we are called to create an environment where God is worshiped and where we serve our neighbor.

The following is a brief history as found on the church website:

"Holy Name of Mary began as a mission church of St. Augustine's Parish in Sing Sing (now the village of Ossining, NY) in 1868. In 1877 Archbishop McClosky of New York assigned a resident pastor, Fr. Patrick McGovern, and it became a parish in its own right.

The first church that was built named the street which is still called Church Street. Many stone masons and laborers from Italy emigrated to this area during the construction of the Croton Dam (1892-1905), and their descendants are among the active parishioners of the parish to this day. The second church was built on Grand Street in 1898. In 1929, a third church was built adjacent to the second, and the older church was converted into a school. The Chapel of the Good Shepherd was also built in the Harmon section of the village at that time. The second and third churches were built of stone through the generosity of the Coleman family, who were the builders of the Croton Dam. In 1958, a new school was constructed next to the older stone church and when it was completed, the older church was demolished. During the 1980's the enrollment of the school dropped to a point where it was no longer viable and it was closed.

In 1990 and 1991, both the main church and Good Shepherd Chapel were remodeled and renovated. The school building was converted to be used as a center for religious education, daycare, and as meeting spaces for many parish and extra-parish groups.

Because of increased need for meeting space of the ever enlarging religious education program, parish Montessori school, youth ministry, and parish ministry groups another large meeting space was added to the church/school complex in 2000.

In 2007, the third floor was converted into offices and the Administrative Staff was relocated from the rectory to the Parish Center. In addition, a handicap lift was installed linking the third floor, lobby level, and second floor." 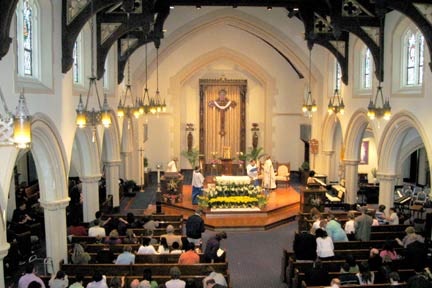 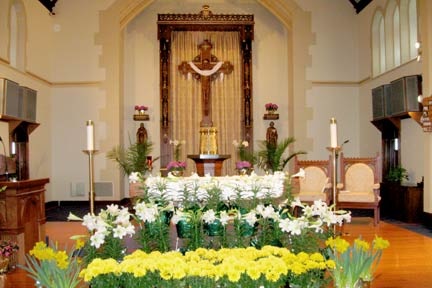 From their website: "Hudson National Golf Club is one of the premier private golf clubs in New York State.…